In ancient Japan, enormous power was concentrated in the hands of the Emperor. He was the absolute ruler of the islands, as well as the head of the Shinto religious group. (In terms of European concepts, it was as though the Emperor and the Pope were one and the same person.) However, over many centuries, the power of the mikado became weaker, its role gradually became more and more symbolic, and real power shifted to the military regent, the shogun. The shogunate had been the ruling system in Japan for 700 years, before the Meiji era. The shogun was the main figure in the legislature, law enforcement and the military. The most important shogun was Tokugawa Ieyasu, who seized power in 1603. His dynasty ruled for 265 years.

This story is about the fifteenth and last shogun, Tokugawa Yoshinobu, whom we know only from history books. However, his 89-year-old granddaughter, Tokugawa Motoko, still remembers of him very well. Before we turn to her, though, let’s look at Yoshinobu’s life story.

He lived from 1837 to 1913, coming from the third (Mito) line of the family. Later, as heir to the powerful Hitotsubashi dynasty, he was also the heir apparent to the shogun title. However, the title was assumed by his rival, Yoshitomi. Yoshinobu was pushed into the background for a while. But he soon became the main support of the shogun and later became the shogun himself, the last in the line, the fifteenth.

By the time he attained this, however, the days of the shogunate were numbered. The following year, in 1868, the Meiji Emperor abolished the position of shogun and took back power from the Tokugawa dynasty. At this moment, the 700-year-old shogun rule came to an end, and the Meiji government controlled the country. Yoshinobu fared badly and retired to his home region of Shizuoka. In 1897 he moved to Tokyo. As scanty compensation, he was finally granted the title of count, but his life of varied fortune finally ended at the age of 77.

At present Lady Motoko is the senior member of the family, and was personally acquainted with her legendary grandfather. In the interview that follows, I ask her about Tokugawa Yishinobu:

– Hungarians, along with the Japanese, belong to the Ural-Altaic race. According to historians, Hungarians moved from the area of Japan about 2500 years ago, in order to settle in Europe. That’s why we are interested in Japanese history. Please tell us about your grandfather, the last shogun.

– When he passed away, I was in the fifth class of elementary school. I was about ten years old, but I still remember of him well. To be honest, I never lived under the same roof as my grandfather, as my father married into the Ikeda family, and I was born there. Of course I have memories of my grandfather, as he visited us several times. As I have mentioned, my father lived far away from the capital, and he often invited my grandfather to our house. My grandfather knew political life very well, even after his downfall. My father would have been interested in the Meiji era in particular, but my grandfather did not answer his questions in much detail.

It was obvious that my father, who had not experienced the ordeals of political upheaval, did not really understand the events of the past. By the way, grandfather Yoshinobu was not the son of a shogun. He was born into the Kito line of the family, and then, marrying into the Hitotsubashi line, managed to become a shogun after many hardships. There are no surviving children. I am the olderst of his grandchildren, but I was only 10 when he passed away. How then could the other members of the family remember him?

-The shogunate ended 120 years ago. Please tell us how the Tokugawa descendants live today.

– Times change. What member of the Tokugawa family yearns for shogun rule? They all work like other people. In the Meiji era it was mainly the descendents of the aristocratic families who managed to get into Parliament. But now none of them are involved in politics.

– Please tell us something about yourself, too.

– I was born in the 35th year of the Meiji era, in 1902. The Ikedas, being members of an aristocratic family, guarded their traditions well. We had many servants. When I became a teenager, I was dressed in wonderful kimonos and travelled in a barouche. I was surrounded by discreet ladies of the court, who took turns looking after me. I was 18 when I reached marriageable age. A man adopted into the Mito line of the Tokugawa family was chosen to be my husband.

– Hungary is very far from Japan. Have you ever been there?

– Certainly! After the first World War, we lived in Germany for two and a half years. At that time we visited Hungary, too. Japan was calm at that time, and Germany was recovering after its defeat in the war. There were no flights to Hungary, so we took the train. Hungary also seemed to be calm, and nothing of special importance happened. Our hotel faced the Danube river. It was a wonderful view. I am sure that hotel still exists. I remember our interpreter well, because he spoke excellent Japanese. He guided us all over the city. Unfortunately his name escapes me. He was a man with black hair and strong cheek-bones, with an Asian face. I thought he might have Mongolian blood in his veins. Our stay in the capital was short, just two days, but it made a strong impression on me.From there we embarked on a European tour, then we returned to Germany. Two days are enough to sense the atmosphere of a country. Hungary made a pleasant impression on us.

– Mrs. Motoko, what message would you send to the Hungarians?

– Our countries are far away from each other, our mental outlooks may also be different, but if we wish for peace, we can get close to one another. The fact that more and more young Japanese people are learning foreign languages and more and more foreigners are learning Japanese, means that communication barriers are being bridged. Japan has opened its gates to the world, it has become international, but it is still not easy for people to understand one another. You cannot identify with an other country’s culture and customs if you did not grow up there. Knowing the differences of culture and nationality that separate us, we have to make an effort to live in tolerance and friendship with each other across the globe. As for me, I am now too old to travel abroad, but I welcome foreigners’ visits. When I get to know new people, I still feel that I am enriching myself with new experiences, and I recommend this to everybody.

Mrs. Motoko was 89 years old at the time of this interiew and was still vital, had a good memory and was an entertaining partner in conversation. She lived for six more years after we met. She spent her last years on her land in Mito, and devoted most of her time to her hobbies, making baked enamel and pressed leather items.

In 1996 she broke a leg and became bedriddenand very weak. She passed awy a month later, on the 17th of September. She started this day like any other, energetically and with many plans, but died suddenly, at the age of 95. The granddaughter of the last shogun, a witness to history, lies at rest under the Tokugawa coat of arms, together with her ancestors.

When I was young, I wanted to look beautiful, so I put on a decorative kimono and got into the barouche whenever I wanted to anywhere. The dresser, not my mother, would dress me,and young ladies put make-up on my face. Then my mother would do my hair in a wonderful elaborate style.

I even wore elaborate clothes and make-up to school. The servants often told me that I was beautiful.

When my grandmother was young, she went to the Rokumekan. It was like the “Institute of International Communications”, the”dance hall” or “bazaar” of today, playing the role of all of these institutions. Once a month, the ambassadors of different countries assembled together with important members of Japanese society, and everybody brought their families. The foreigners displayed their goods, and the Japanese made purchases. Then, everybody danced. In those days, people wore corsets, andcurled their hair in the French Baroque style. To go with our gowns, we purchased lace hats and long blouses from overseas. At that time, Japanese people started to wear European shoes. We practised walking in them a lot at home, because we did not want to make fools of ourselves.

In my time, the Rokumekan was taken over by the Tekoku Hotel (Imperial Hotel). These international parties were different from those overseas. I know this, as I travelled a lot in Europe after my marriage. In Japan, only couples went to these parties, so it was impossible for two young people to meet and get married. Japanese people who lived overseas did not have the opportunity to enter into an international marriage. If a Japanese couple was invited to a party, only the husband went. The Japanese did not understand the language, could not establish connections, so they gave up going to the parties. In the Meiji era, contact with foreigners was very rare. It involved many difficulties, and many strange things took place. But everything is different now. After the war we started to learn foreign languages, and it became natural in Japan to hear foreigners speaking. Nowadays it is not unusual for a family to have a foreign commission.

In other words, we have become much more at ease in situations involving foreigners, not only in official but also in social and private situations. 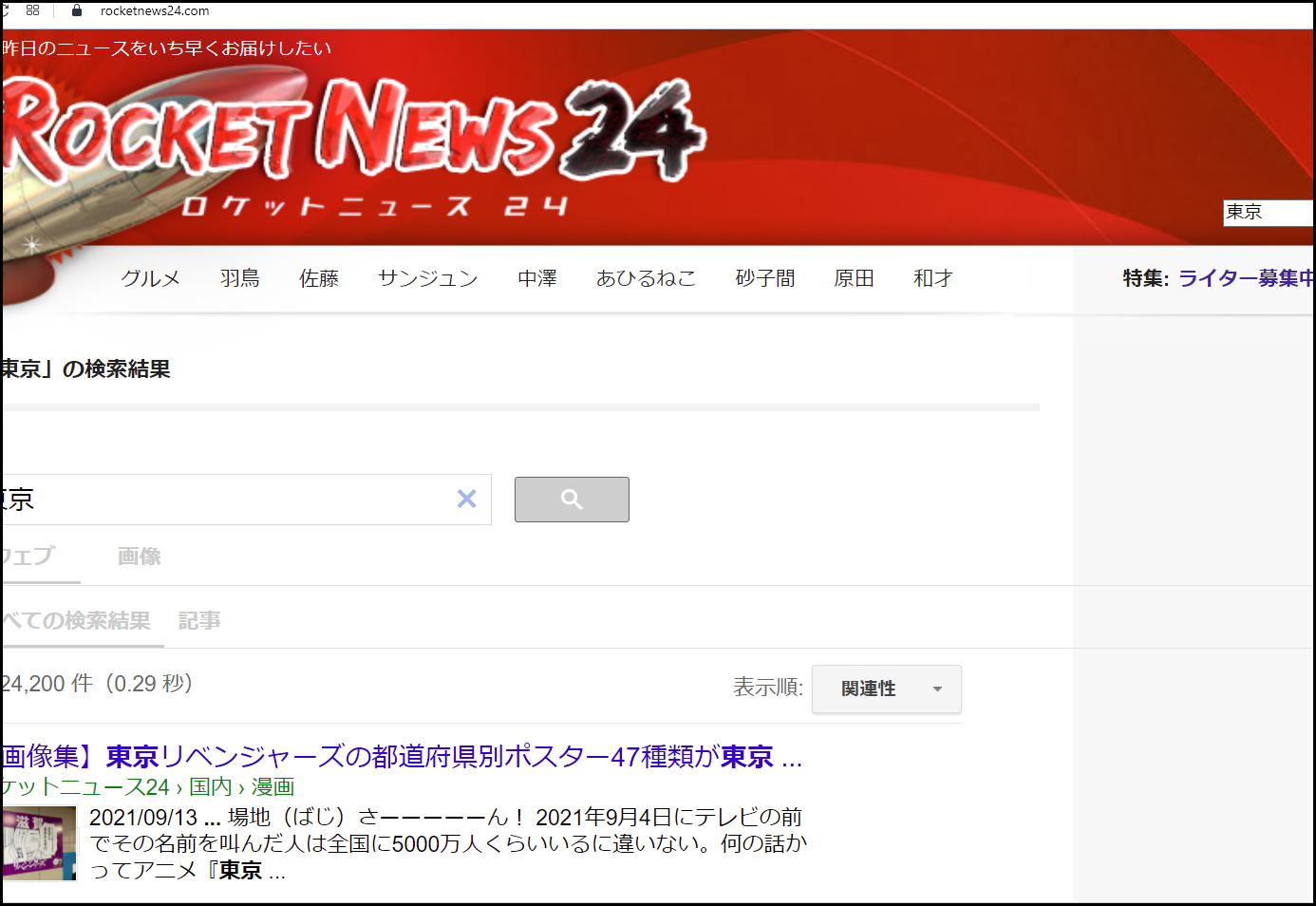 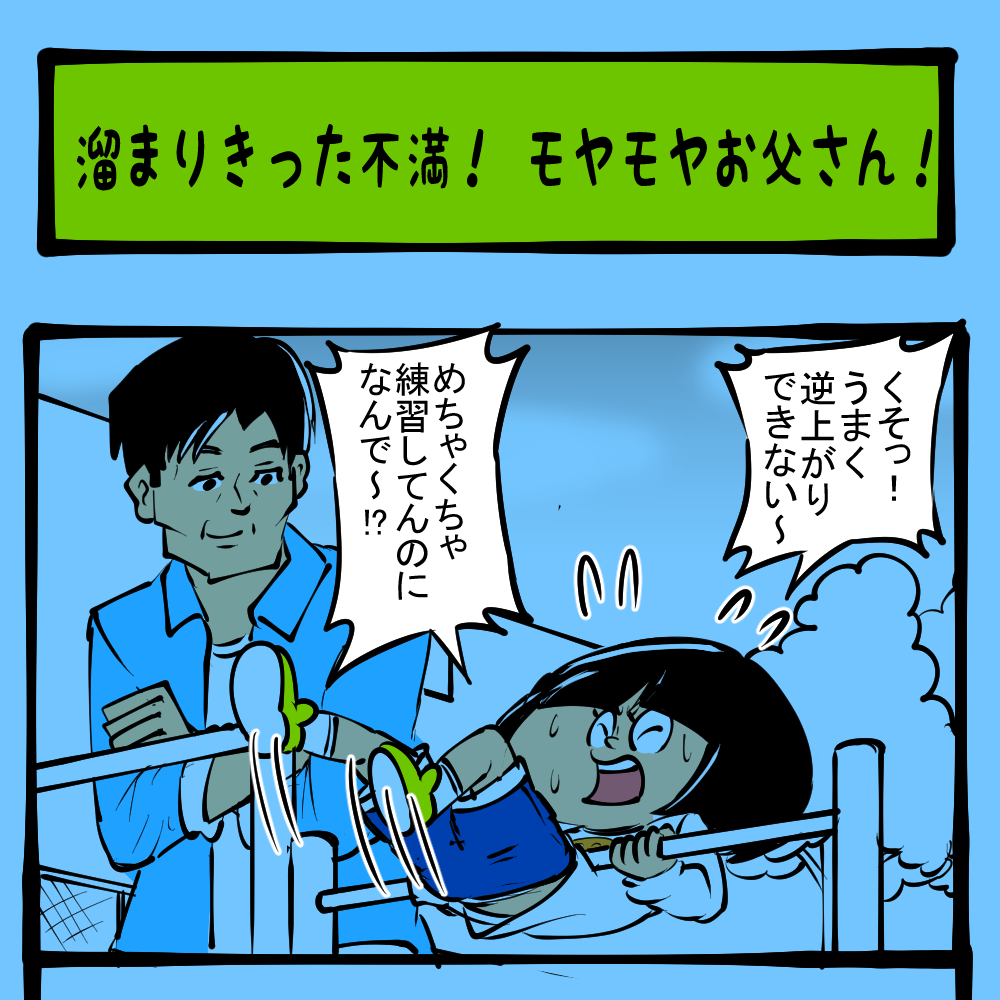 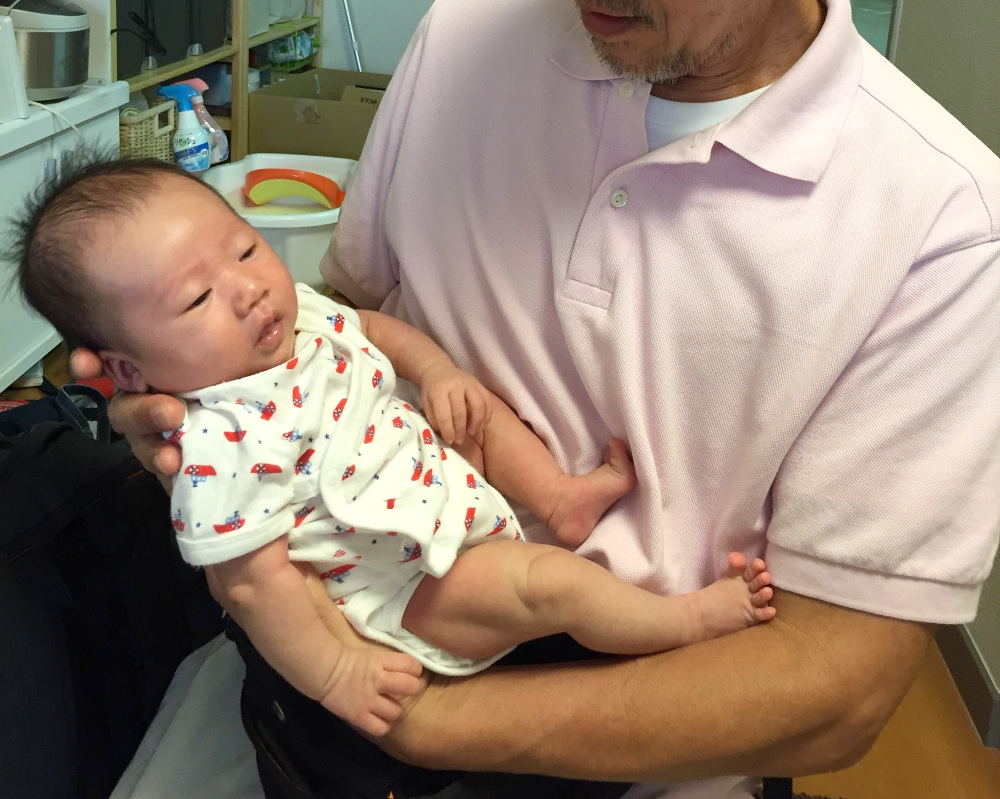 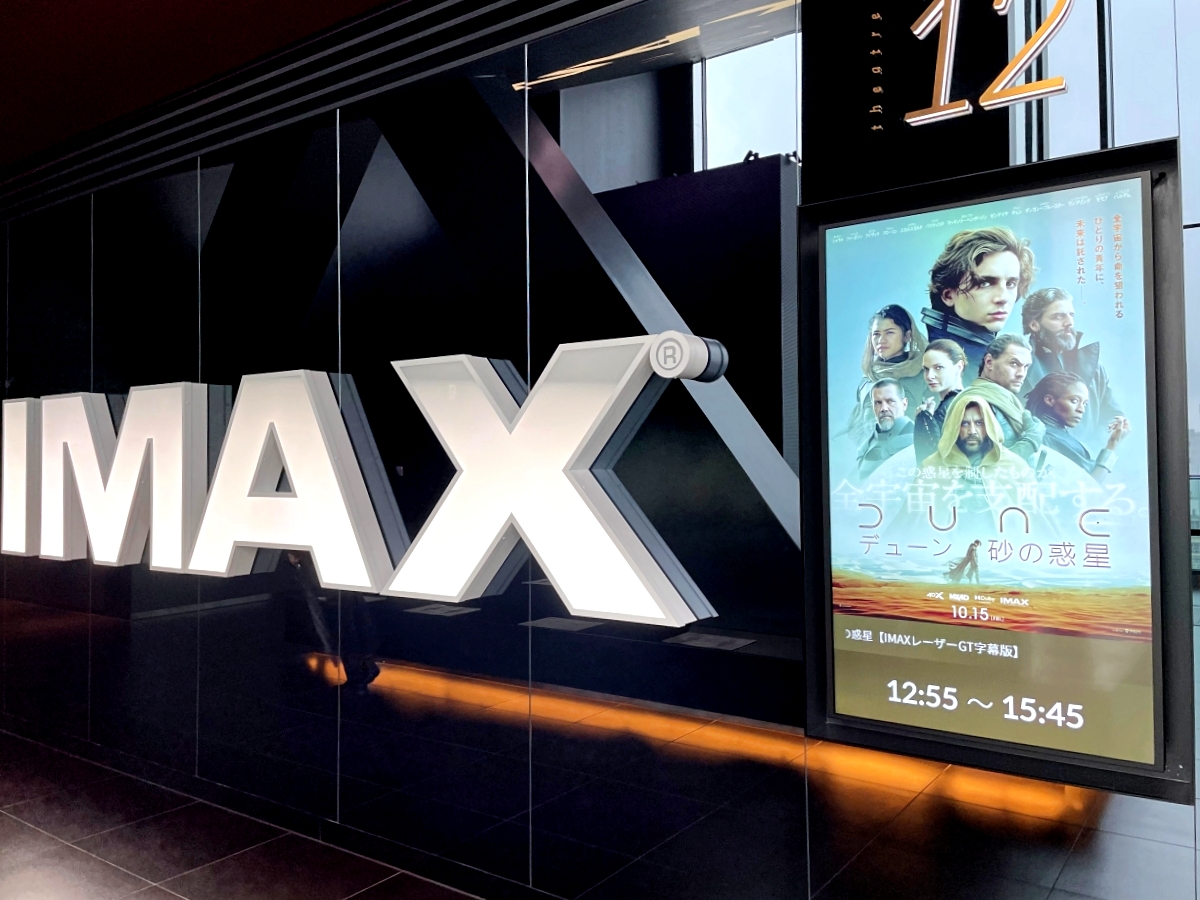